IS IT WORTH IT? Aquis Hair Towel 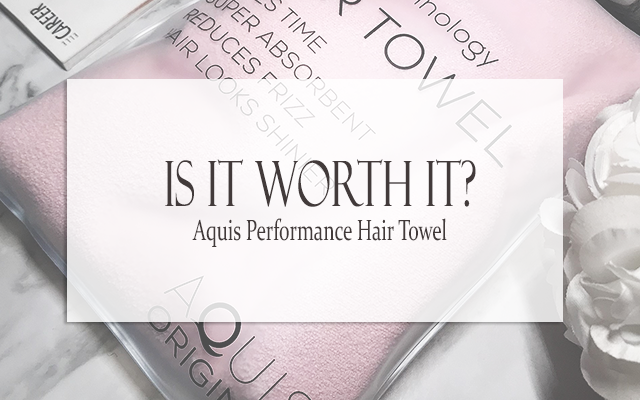 In 2020, I've made the conscious decision that I'm going to pay more attention to my hair, to actually style it more often instead of just keeping it in a messy bun about 80% of the time and also to take better care of it. I'll admit, when I first saw the price tag on the Aquis Hair Towels and Hair Turbans, I thought it was absolutely nuts, I really did. But I finally decided to pick one up when I saw it at Winners for a lower price and really test out whether or not this towel is worth the hype or if the high price tag just creates the illusion of being a better product. 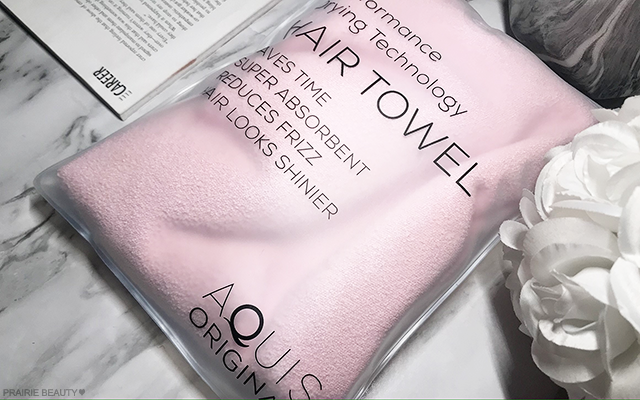 I have to admit, if I hadn't been able to get this towel for under $20 I probably wouldn't have tried it at all because... honestly, my hair isn't particularly problematic and I had been using a two pack of hair turbans that I picked up at Target about five years ago for around $15 without any issues. That being said, I had been curious for quite a while and I just decided to go for it. Now, the towel that I picked up is the Aquis Original, which I think has been replaced with the Lisse (???), but they are made of the same material and make the same claims. 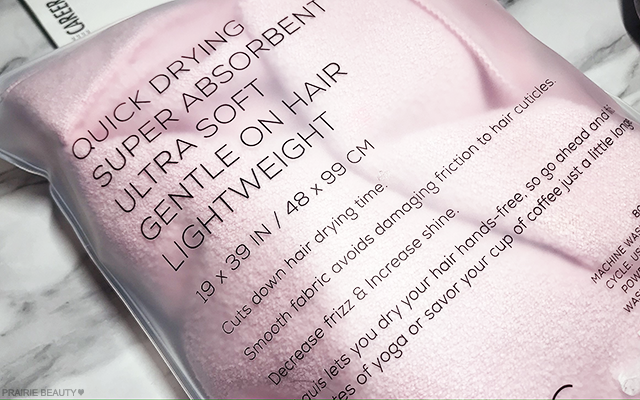 So what are the claims, you ask? Aquis claims that their towel will cut drying time down by up to 50% while leaving hair smoother, shinier and less frizzy. I mean, that sounds pretty good, right? Admittedly, I'm someone who HATES washing my hair because I don't like to blowdry, but I also hate how my long hair feels when it's wet. Also, it's fine but I have a lot of it, so it takes a pretty long time to dry and then ultimately looks kind of terrible once it air dries. I feel like I do have a pretty easy-to-manage hair type, but the grass is always greener... Anyway, after hearing so many people back up the claims of the Aquis towel - even seeing people absolutely swear by them - I really wanted to put it to the test. 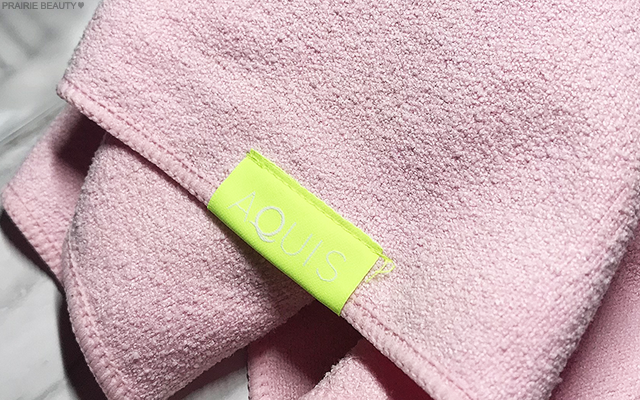 My initial reaction was a mixture of intrigue and skepticism, I must admit. The first thing I noticed when I took the towel out of the package was the texture of it, which is distinctly different from other microfiber hair towels that I've tried. It's quite thin and it doesn't catch on dry skin in that skin-crawling way that a lot of microfiber towels do. I wouldn't necessarily call it soft by traditional standards, really, but I also don't find it scratchy or rough. 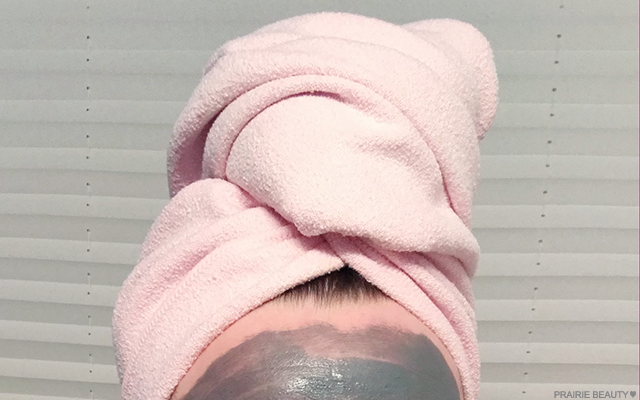 Now, my hair falls just about halfway down my back - so pretty long, as far as I'm concerned - and when I tie this on I do have to kind of finesse it a little so that all of my hair is tucked into the towel. I picked up the 19x39" towel, and I really think that I would probably benefit from having the 19x44" one. I twist and tuck this like a traditional towel turban, flipping my hair over and then twisting it in before tucking it underneath at the nape of my neck. It really is nicely lightweight so that it both feels comfortable and doesn't flop around or slide off my head. I've always used towel turbans that have some sort of button or elastic to hold it in place because every towel, even lightweight microfiber ones, have slipped around and ultimately fallen off my head, but this one really does stay in place until I'm ready to take it off. 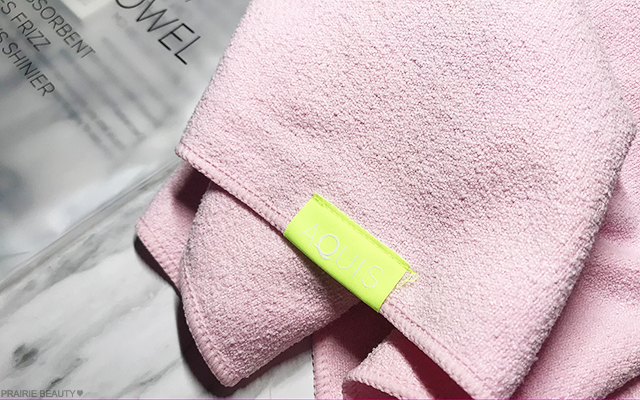 I have to admit, the first few times that I used this I didn't entirely want to admit that it was living up to its claims because I really was just that skeptical, but honestly... The proof really is in the pudding. My dry time has definitely been cut down, although I'm not entirely sure that it has been cut in half, and despite being so thin and lightweight this really does absorb a lot of water from my hair without getting soggy and heavy. It also really does leave my hair looking smoother and less frizzy, giving me freshly washed hair that I have no issue wearing down without taking a hot tool to.

So, Is It Worth It? To me, it really is. It really is head and shoulders above any of the other hair towels or turbans that I've tried in the past and I really have seen a difference in the appearance and behavior in my hair since I've been drying it with this towel. Now, do I think you need to run out and spend $40 on a hair towel if that's going to stretch your budget? No. But as someone who was skeptical, I can tell you that - at least with my hair - it has lived up to its claims in a way that I really didn't expect at all and I actually did go out and pick up an Aquis Hair Turban as well (which I can tell you is DEFINITELY a better fit for long hair.)