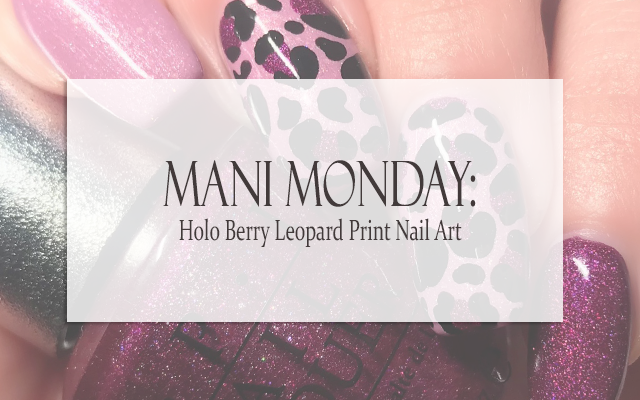 Happy Monday! Now that we're into February, we've moved on to a new #CBBxManiMonday theme, which is Pink & Red Nails... which makes me feel like I maybe should have rethought my January mani's since they were so pink heavy... and I'm not necessarily a pink and red nails kind of girl. What I'm saying is... I may end up cheating a little. Over the weekend when I was thinking about what I wanted to do, I kept coming back to the idea of recreating a mani that I did almost 2 years ago that has been by far my most popular mani - at least according to Pinterest! I changed it a little bit, polished it up and made it a little bit more rooted in what I'm into now, but it really is basically the same mani updated.

Keep reading to see how I got it! 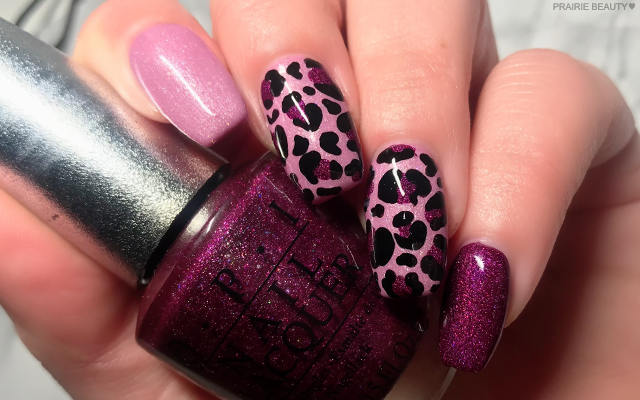 Maybe about a year ago, I had this idea that I was going to whip up my own little frankenpolishes and then promptly forgot about what I had made. Weirdly, when I was digging through my polish collection for just the right pink for this mani, one of these polishes was exactly what I wanted, so I applied 2 coats of it to my first three fingers as my base. It's sort of a cool toned mauve pink with a ton of really fine holo and some small irridescent hex glitters. I also applied a coat of OPI DS Extravagance (probably my favorite polish ever) to my pinkie.

One of the reasons that I think leopard nails are so popular is because they're seriously so easy. I started with some irregular little blobs of OPI DS Extravagance over my middle two nails using a large dotting tool (you could also use the end of a bobby pin or a toothpick to create this look.) I didn't want to be too precious with it and I wanted the shapes to be really blobby, so I just kind of slapped 'em on. Once those had dried down some, I used a slightly smaller dotting tool and a black créme polish to add the outer rings to to the blobs and then filled in the spaces with some C curves and little blobs of the black as well to really fill up the nail.

As usual, once that was dry, I applied a coat of Seche Vive Quick Dry Top Coat and voila! Seriously, this is such a quick and easy mani! 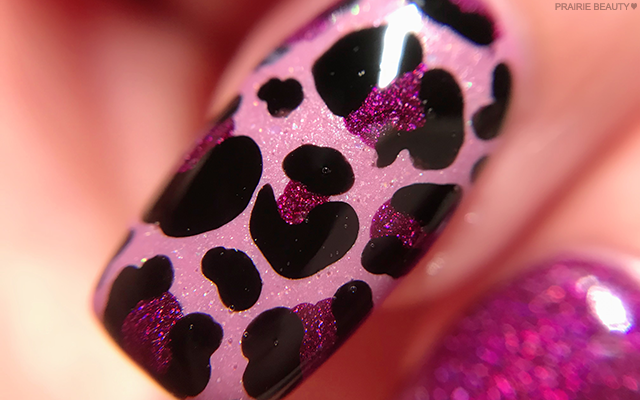 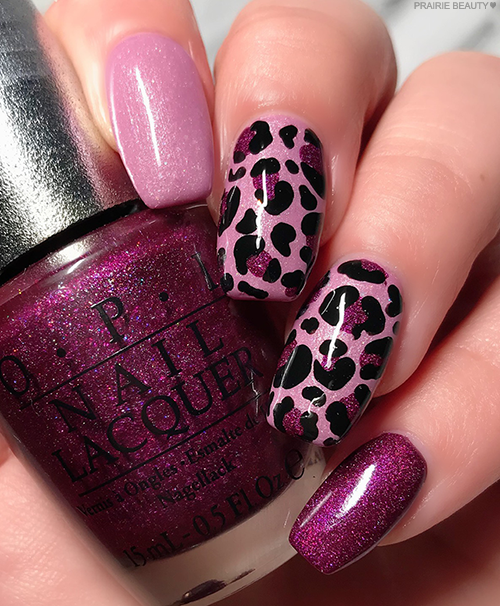 Honestly, I'm not much of an animal print kind of girl, but there's something about a leopard print mani that's just really enjoyable to me. And I really do think that if anyone is just getting into nail art, this is a phenomenal place to start (and a much better place to start than where I did, with techniques that were far outside of my abilities) and it's really customizable as far as colours and how many nails you want to do it a print, etc. Seriously, try it out and I'd love to see your results!

As always, be sure to head over to Cosmetic Proof and See The World In PINK to check out their Pink & Red themed nail art for #CBBxManiMonday!