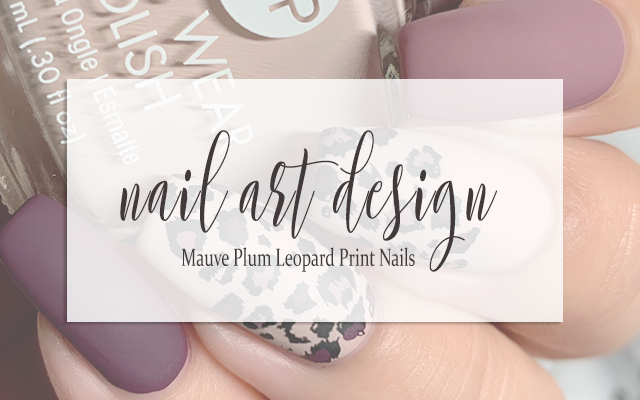 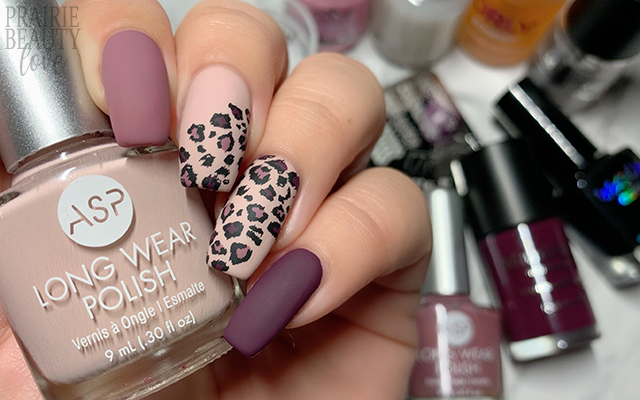 When I was choosing the polishes for this design, I knew that I wanted a really pale, neutral pink as the base for the actual leopard print part of the design so I grabbed for that and applied two coats to my middle two fingers. Initially, I was just going to fill in the spots with one shade, but ultimately I felt like two different depths of a very similar shade would add some more visual interest so I grabbed for a softer mauve along with a rich, warm plum and decided to apply those to my remaining fingers as well. Leopard can be a lot and I very, very rarely apply it to all of my nails and this time was no exception. 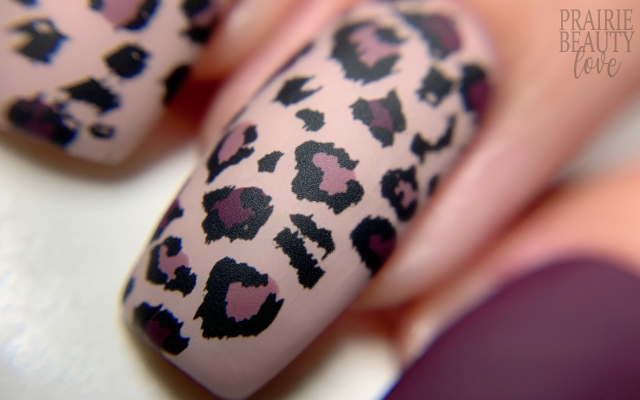 I decided to go with black for the pickup of the leopard print design just to ensure that it didn't get muddy on the nails, which can sometimes happen without enough contrast. Using a small dotting tool, I filled in the dots on the design, trying to vary the placement of the two colors to get a good balance, and then left it to dry for maybe 20 minutes. Once it was ready to be transferred, I applied a thin layer of sticky base coat and let it dry down for about a minute before transferring the image to my nail. When it came to the placement, I kept the design towards the tip of my middle finger and then gave more coverage on the ring finger, leaving just the opposite corner empty to give the look of a swath of leopard print over those two nails.
Once I was happy with the stamping, I sealed it in with a water based top coat to avoid smearing. Finally, I applied a matte top coat to all of my nails to bring down the shine and give a really sort of velvety finish. And voila! 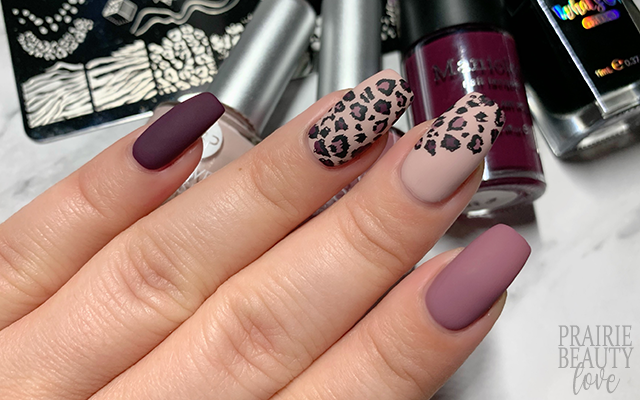 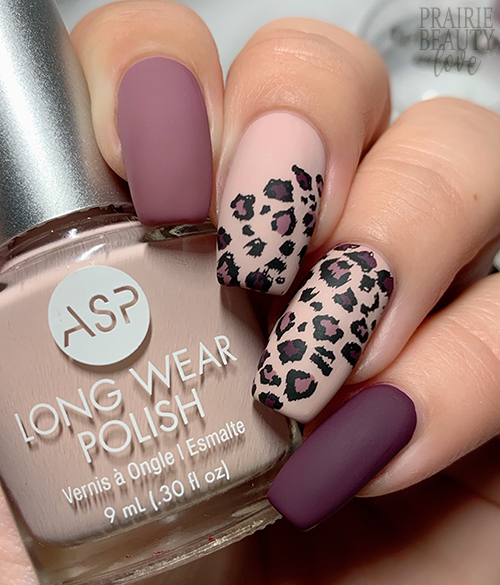 I really like how these turned out and I feel like this design really could work all year, but also really has a fall vibe to it at the same time. I think a leopard print mani is one of those designs that always seems to stay in style, even though the vibes and design of it change with time, and it's incredibly, incredibly versatile (even though I tend to mostly just do them in mauve...)
Thanks for reading!